London-based crypto mining company Argo Blockchain has filed for an IPO in the U.S., submitting a prospectus document dated August 21st under SEC Regulation A+ – also known as Reg A+.

Argo Blockchain, a blockchain technology company that focuses on large-scale crypto mining, filed with the SEC to raise up to $75 million. It is currently listed both at LSE and OTCQX exchanges.

Argo is a leading blockchain tech company that mines digital coins using purpose-built computers. The process involves solving complex cryptographic algorithms in exchange for rewards and fees, all denominated in the native token of each respective network.

As the latest and greatest mining machines are installed in North American facilities, Argo aims to mine more than 1 petahash of bitcoin per second. Their fleet consists of 21,000+ powerful machines that use renewable energy to make their operations as cost-effective as possible.

The company uses two of their own facilities to operate mining machines in Canada. The other four are all hosted on different properties where they can both mine and store goods that have been mined out by the machine itself.

The London-based company was created in 2017 and booked $54 million in revenue for the 12 months ended June 30, 2021. They plan to list on the Nasdaq under symbol ARBK. Jefferies and Barclays are joint bookrunners of this deal with no pricing terms disclosed yet.

Are you looking for a blockchain recruitment agency to help you hire talent for your blockchain startup or project? Get in touch with Rainmakrr’s blockchain recruiters network team now or check out our new Blockchain Jobs UK board if you are looking to switch careers 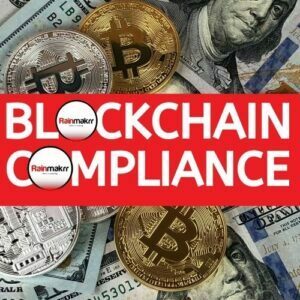