The origin of the life Insurance industry and assassin predictive markets

You may believe you know London History but the origin of the stock market is not what you think.

For a start it’s in Belgium, having originated in the 13th century in a Bruges inn called “Tar Buerse” run by a Mr Robert der Buerse. Sound familiar? That’s because “Buerse” is the phonetic origin of Bourse meaning market the world over.

As we all know, a “Bourse” or “Market” can be made in anything of value as long as there’s confidence in a fair payout. And once markets are created there is no limit to secondary, interconnected or inner markets.

Take life (insurance) itself, for instance…

Thus the earliest recorded life insurance industry origin example came into effect on the 15th of June 1583 for a salter (a treater of meat) in England called William Gybbon in a typical twisted tale of London History.

Unbeknown to Mr Gybbon one of the owners of his life insurance was a Mr Richard Martin. A man he had never met or had any connected dealings with.

Back then it was common in the life insurance industry for policies (read bets) to be taken out on the rich and famous to profit in the event of their passing.

This was so prevalent that in one Victorian Gentleman’s Club in London this was the predominant form of betting to the point a dying man’s body was once left on the floor so not to invalidate a bet in a very earlier example of how predictive markets can become self fulfilling.

These dubious practices were eventually outlawed by the Life Insurance Act of 1774, which required claimants to have a legitimate interest in the life of the insured. Which was regrettably too late for one Victorian wife whose husband took out life insurance on her. And then poisoned her the next day.

Because, if this strange tale of London history and the life insurance industry origin is not already fascinating enough, this is going to get even more interesting…

Here one of the infamous Dark Web stories for you. It’s now 1995 and a cyber-anarchist called Jim May proposes the concept of a new and very old kind of bourse under the moniker of “assassination politics “ which was a predictive markets concept whereby any party can place a bet using anonymous electronic money on the date of death of an individual, and pick up a bounty if they “guess” the date accurately.

And believe it or not a not to dissimilar version of this conceptual market was actually created in 2013 by a “Kuwabatake Sanjuro” who created a real life “Assassinations Market” based in the dark web with, in an updated echo of the early life insurance market and that Victorian Gentleman’s Club, the proof of kill being confirmed by the encrypting of the date of demise in a text file embedded into a Bitcoin donation.

At some point, Ben Bernanke the head of the FED was the No.1 “mark” with a bounty of 124.14 bit coins, equalling a pay-out of $75k, with Obama a measly 40 bit coins, which might indicate the values of the early market entrants.

None of these bounties have ever been realised which might be because assassins don’t trust Bitcoin as much as we do as, contrary to popular opinion, the Bitcoin is not as anonymous as you may think, or it could be that no-one can disprove that Sanjuro is not just a massive entrapment front for a shady agency somewhere.

Or it could be because the moral imperative of whether society can disregard the rights of an individual in favour of the “greater good” is still highly subjective and conceptual.

We may soon have this moral dilemma removed from our individual minds by the new wave of predictive markets with a moral agenda such as the excellent and ambitious predictive market concept call the Good Judgment Project led by Philip Tetlock, which trains super-forecasters to forecast complex and opaque geo-political events. And the crowd are getting pretty good at it.

It is its future dark web progeny.

Because if one thing can be predicted with a low degree of risk, it’s that any successful legitimate market will surely be eventually replicated in the unregulated world (or is that the other way round…)

And once intertwined these future markets could provide the unbalanced, unconstrained moralistic ground for the original cyber anarchists premise of providing a pre-emptive force of the collective will for the greater good.

So, in the very near dark future, if your name starts being associated with a predicted negative event and you start to feel slightly paranoid…

You may be underestimating things.

Because the whole world really could be out to kill you.

And that would be a crowd kill

One way to get perspective on this would be to go back to the origin of the story and ask William Gybbon himself. Well we can’t.

As with a lot of London history there is a typically brutal end. Allegedly, Mr. Gybbon had very limited time to turn his thoughts to scripture as he died in strange circumstances within the year that the policy was taken out, which led to the insurers trying to get out of the pay-out arguing that it was for a lunar, not calendar, year. This may sound all too familiar.

And so ultimately maybe the big dark question is, given what we know about the origins of the modern insurance market and the actions and morals of the early participants, would anyone bet on your life in the not too distant dark web future?

Certainly not that Victorian Gentleman’s Club. 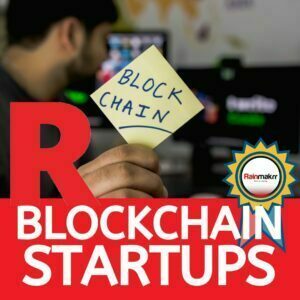