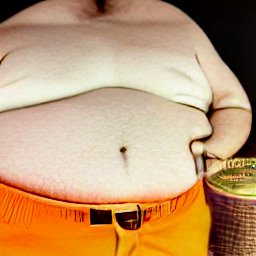 Sweatcoin is a fitness-tracking app

Sweatcoin is a fitness-tracker app that rewards users for physical activity. Users earn Sweatcoins for every 1,000 steps they take, and these Sweatcoins can then be exchanged for products in the in-app marketplace. The company makes its money from adverts in the app and from brand partners. The company also charges users a five percent commission on each Sweatcoin they generate. The founders of the app say this is a bonus for users, but it still has its limitations.

The app’s creators want it to be a useful tool for the global community and are targeting the English-speaking markets, including the U.S. and U.K., but also want to expand to continental Europe and Asia. Sweatcoin’s founders also want to change the way health is perceived, providing incentives for people to make better lifestyle choices. The app is free to download and available for Android and iOS.

In a new health incentive scheme, Sweatcoin will convert physical activity into a digital currency that can be spent on products and corporate vouchers. By downloading the Sweatcoin app and logging the number of steps taken daily, you can earn virtual money to support your fitness goals. As a bonus, you’ll also earn a real-world reward for the healthy habits you already have.

The Sweatcoin app rewards you with virtual currency for taking walks. The app records each step you take and converts them into Sweatcoins. Users earn 0.95 Sweatcoins for every thousand steps. Sweatcoins can be used to buy products on the app’s marketplace, as well as local shops. The currency is transferable among users, and the app uses GPS-based verification to guarantee that you are actually walking and not just sitting in front of your computer.

It rewards users for being active

The new Sweatcoin app allows users to earn coins by logging their daily physical activity. Users can spend the coins they earn on products, Marathon Offers, and other items. The company claims that if users exercise at least three times a week, they will become 20 percent more active than they would otherwise be. Users can also donate the coins to charity. Currently, Sweatcoin has over 300 commercial partners.

Users can donate Sweatcoins to charities or to friends who are less fortunate than them. The currency also has a limit on how many Sweatcoins they can earn. Basic membership entitles users to five Sweatcoins per day, while premium memberships give users the opportunity to earn as many as twenty Sweatcoins each day. Those who earn many Sweatcoins can even use the coins to buy their favorite products.

As a cryptocurrency, Sweatcoin is not like any other currency, and its founders aren’t worried about the recent crypto crash. Fomenko believes that the recent crash will only scare away investors who don’t understand what they’re doing. While a new round of funding may be on the way, he doesn’t see this as a problem. Instead, he sees it as an opportunity to get more people interested in health and fitness.

Compared to other fitness apps, Sweatcoin can encourage non-active people to get moving. The app’s popularity in the UK alone suggests it could motivate non-active people to get more exercise. However, it does have some downsides. The consensus mechanism in Bitcoin requires a great deal of electricity and computing power, which are both detrimental to the environment. In contrast, Sweatcoin uses an in-app marketplace that allows users to buy things that they wouldn’t otherwise buy.