Bit Fury  is the world’s leading emerging technologies company. Founded in 2011, our mission is to make the world more secure and trusted through the use of cutting-edge technologies such as artificial intelligence, blockchain, bitcoin and high-performance computing. Learn more about our bold leadership in bringing these new technologies to the world.

Bit Nation started in July 2014 and hosted the world’s first blockchain marriage, birth certificate, refugee emergency ID, World Citizenship, DBVN Constitution and more. The website proof-of-concept, including the blockchain ID and Public Notary, is used by tens of thousands of Bitnation Citizens and Embassies around the world. Bitnation is the winner of UNESCO’s Netexplo Award 2017, and has been featured by the Wall Street Journal, Bloomberg, BBC, CNN, WIRED, VICE, TechCrunch, The Economist, Russia Today among many others.

Internet of Coins saw as centralized exchanges started to fail it was time for a different solution as they strongly believe in peer-to-peer over centralized systems with a single point of failure.

Internet of Coins are blockchain agnostic and want to support all existing and future crypto-technologies in our independent, autonomous, and open platform.

Jelurida is a blockchain software company that develops and maintains the Nxt and Ardor blockchains. Anyone can join our decentralized blockchain ecosystem and use our public blockchain platforms to build applications or provide services on top of them. Companies and organizations can also license our technology for a private blockchain implementation based on Nxt or Ardor, or launch a custom child chain on the Ardor platform taking advantage of its unique built-in features, hybrid permissioning and public consensus-as-a-service offerings.

Attrace is a custom made dedicated blockchain capable of registering and auditing any advertisement click on chain (sale or no-sale), with account node (private channel) functionality to exchange private data directly between end-users. This principle will make the technical framework of an Affiliate Network in affiliate marketing obsolete. Attrace is

Blockdata believe that distributed ledger technology will change our society. We also believe that people like you need an overview. Because with so much activity, how do you keep track of the most relevant developments? We would like to share the view – so you can stay ahead of the curve.

Getbux is a tech company that is rocking the world of finance. We launched our first app back in 2014 which now has over 2 million users across Europe and billions of euros in transaction volume. This is a great start, but we all share a much BIGGER vision.

We aim to be the single destination for anyone who wants to do more with their money.

Singularity is a full-stack AI solution powered by a decentralized protocol.

We gathered the leading minds in machine learning and blockchain to democratize access to AI technology. Now anyone can take advantage of a global network of AI algorithms, services, and agents.

leading and award-winning blockchain company with an international reach.

Cut down on redundant paperwork that causes delays and impacts your productivity. Eliminate misunderstandings over errors and conflicting data. Build trust and security by ensuring all involved parties have access to the same up-to-date documents in an information chain.

Effect AI is building The Effect Network, An open, democratic & Decentralized Network for Artificial Intelligence. Several platforms are running on this network, based on smart contracts deployed to the EOS blockchain. 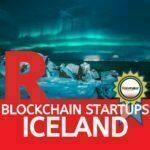